Academy Securities offers its clients a comprehensive array of public finance services including: municipal finance banking, underwriting, marketing, and innovative structures for tax-exempt commercial paper and exchangeable offerings. Our team of seasoned bankers and traders leverage decades of experience on a broad range of tax-exempt issues to provide dynamic solutions on challenging municipal bond transactions for various issuers. Issuers include: 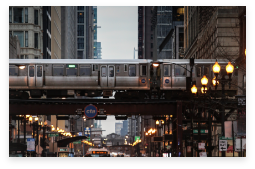 Agencies Focused on Transportation and Housing

Academy officially launched its public finance division in January of 2012 when many firms were exiting the municipal space. Our commitment to issuers has been demonstrated by the continuous growth of our municipal team and its track record over that short period.

As of December 2021, Academy has successfully participated in over 2,321 underwriting transactions with a par amount of more than $652.1 billion in forty-seven (47) states and the District of Columbia. Academy has served as Co-Manager or above for over 761 different issuers (since 2012) in both the competitive and negotiated bid processes.